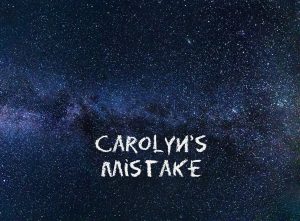 As I was going to bed on a Friday night a few weeks ago, it was quiet, and my mind lazily drifted back over the day. My mind went back to an email I had received earlier in the day, outlining next week’s schedule for Courage Camp, a conference for Certified Daring Way Facilitators.  I love delivering The Daring Way™ workshops and thought hanging out at a camp with other CDWF would be a great opportunity to learn, study, and be encouraged by other people that have the passion to show up, be seen, and live brave™.

I was looking forward the experience of 3 days in Texas, listening to Brené Brown and others. Seeing the schedule just increased my anticipation.

And then, that evening, as I further thought about the email, it occurred to me that next week is used differently in Texas than in our Canadian use of the expression. I was 9 days away from Courage Camp, and so I would have used the words week after next to describe the time.

And then, a little funny feeling started inside me.  What if Texans and Canadians use the term next week in the same way? What if Courage Camp was next week? I knew that was a silly worry, because I had booked the flight, the rental car, and a hotel and put the dates all on the calendar, the same week I had marked Courage Camp.  I had double checked the dates, hadn’t I?

I thought I might feel better falling asleep that night, knowing that the email was misleading to my Canadian eyes. I dashed upstairs to my computer to double check the dates. I hate making mistakes, and wanted to make sure I was right.

Courage Camp started Monday in 3 days time, not in 10 days time. I had booked everything for the wrong week.  I had clients and commitments the week of Courage Camp, and I had a trip cleared to travel to Texas the week after Courage Camp.

There was no way to reschedule and make Courage Camp.  It would pass me by, after weeks of planning and anticipation.

It was a brain fart that was loud and long and stunk.

I didn’t want to tell anybody. I was embarrassed.  I was ashamed.

I had made a big, expensive mistake that couldn’t be undone.

I really hate mistakes, especially ones that look foolish, and merely required writing things down wrong.  This was a basic, easy thing that I hadn’t done right. I felt terrible.

It wasn’t lost on me, though, that Courage Camp is about exploring the process of how to better help people live bravely.  Parts of the process of The Daring Way™ are:

Integrity isn’t easy, but it is worth it.

The next morning I emailed the camp in Navasota, Texas to tell them of my dilemma. I apologized. I asked them if there was any possibility of a refund, even at this late date. Sometimes, you know the answer is going to be no, but I figured that it didn’t hurt to ask.

The following day, I emailed The Daring Way team, letting them know that I was embarrassed, but I couldn’t come. I was so sorry. I hadn’t heard from the camp, so I asked them if they might find someone to use the space I would be leaving open.

Then I decided to tell people as they asked me about my trip. I had contemplated vague responses to family and friends, but I decided that I would own my error.

I can’t teach people that mistakes are a normal part of life if I wasn’t willing to live it, can I?

Then I started getting responses: Olivia, in a kind email, from Camp Allen said she would reimburse 75% of my registration! Hannah from The Daring Way™ understood me–she told me of a time when she had bought expensive concert tickets for the wrong night without realizing it and showed up for what she thought was the day she bought tickets for and she actually had tickets for the show that was two days earlier. I so valued their empathy and understanding.

Folks were kind as I told them about my goof.

Because I had cleared my schedule for the week, a lot of people knew I was going to Texas. I had to explain my brain fart repeatedly.  I got better at owning it the more often I told it.

I was worried they would laugh at me for my mistake. But instead, they told me about the times they made mistakes.

A very interesting thing happened once I realized that I had a bunch of days in Texas with nothing to do:

I realized I liked the idea of several days of unstructured, unscheduled time in a place where I knew no one.

I had a chance to walk around and hear myself think.  I walked in a park. I wrote. I prayed. I went shopping at Magnolia Silos. I spent an afternoon at a book store. I ate a cupcake. I worked on a project that I’m pretty excited about!

I realized that I was far less disappointed than I thought I would be. It seemed that a week of time to get things done that otherwise were on the back burner, all the while enjoying a relaxed schedule, good sleep and some solitude was something my body was missing.

I’m traded in what would have been a great week for…a different great week.

I’m actually glad I made the mistake.  And I’m oddly pleased that I was able to admit it to my friends and family…and now you!  🙂 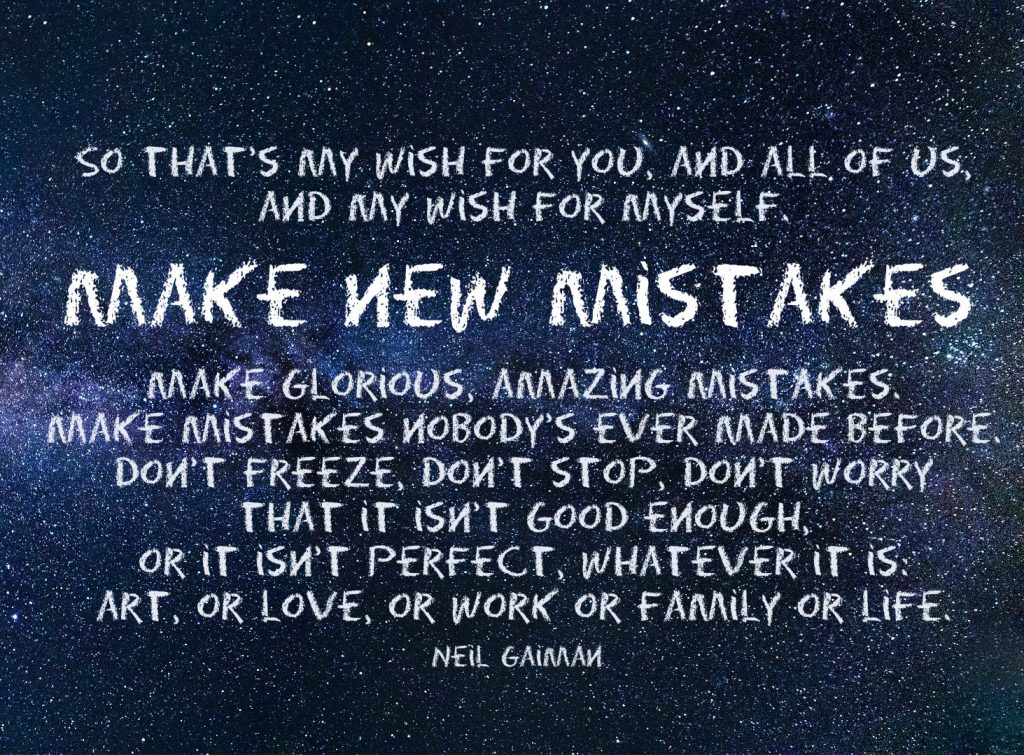