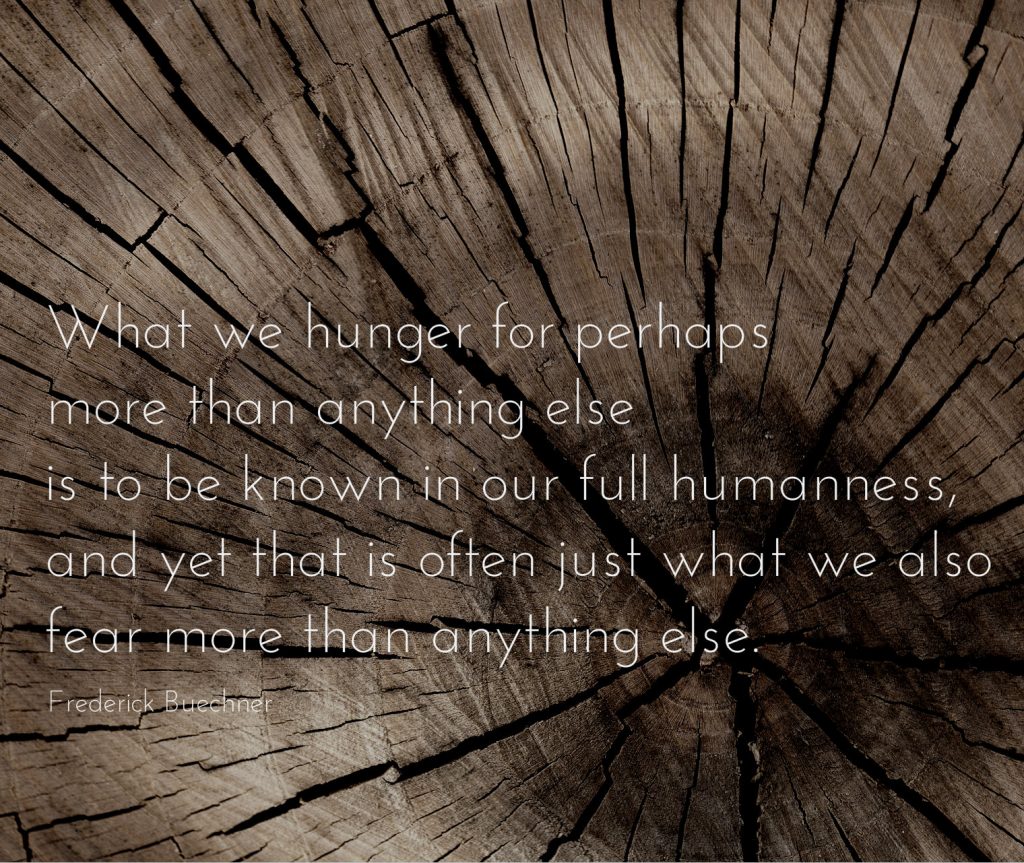 My husband attends a Widower’s Club.

He was married to Car before me. She died. And that matters. So, we consider him a widower even though he is happily married.

Years ago, Husband found out on a Tuesday that Car had “days to weeks” to live. He was inconsolable.

The next morning, Wednesday, Husband went out for breakfast with R.  R’s wife had died a couple of years before, and he had children of similar age as Husband.

They chuckle now on how the server at Cora’s must have been traumatized by the two grown men weeping hard in the booth over their eggs and bacon that morning.

R listened to Husband that day, as only someone who has known the heartache Husband was about to face. Husband was facing the ultimate loneliness, but he didn’t face it alone. R understood—painfully so.

Husband brought his dying wife home from the hospital the day after that breakfast on Thursday, to give her whatever time she had left with friends and family in the space where she was loved.

R and Husband continued to get together in the months following. And then R heard of D…whose wife was in palliative care and died.  And then E’s wife also died.

The four of them found each other and get together every 2-3 weeks now. They simply call it “getting together”.  I call it the “W.C”. They all have kids in school, and so they work their schedules to meet in the afternoon. They talk until the last minute and then tear outta there to fall into carpool line.

I asked if I could crash a meeting of the “W.C.” and they consented.  I was curious—in a world where emotional conversations between men are dismissed or mocked or simply don’t happen—how is it that these guys choose to get together?

Many men in our culture don’t have a single person (with the possible exception of their spouse) that they share deeply with–ever. I wanted to know why these guys choose to meet because they have each experienced heart breaking loss. What drew them together is something, by its very nature, that practically begs of sharing of tears, and exploration of heartbreak, and matters of the soul?

They were kind enough to let me sit in for a half hour.

To hear them talk was beautiful.

They each talked about how this group was meaningful to them. Their comments often built off each other as they carefully heard each other.  It was an remarkably easy, comfortable conversation about very hard topics. They were comfortable with each other to speak to me of vulnerability and authenticity and the need to connect in ways that almost surprised themselves as they spoke.

At one point, R began to tear up because E talked about how helpful R was in preparing him while his wife was in palliative care.  E picked up on R’s eyes filling up and gently said, “You didn’t get any notice that the rest of us got.  That part is harder for you.” There was palpable compassion in the room that allowed for R’s unique sadness. R’s wife died extremely suddenly–and he had no warning.

Almost immediately then, somehow they then began to tease E for making “gluten free cookies” for their last meeting. (When you forget to put the flour in the cookies, they are gluten free–and inedible.) They laughed the easy laughter that happens when people have a deep trust with each other. They laughed the relieved and profoundly connected laughter of humans coming up for air after a deep moment.

The transition from tears to laughter was oddly seamless and respectful and easy.

These men are very different from each other.  They wouldn’t have naturally gathered to hang out together. One loves music, one loves sports.  One is a professor, one is a carpenter, one is a health professional, another is a business man.

But they recognized that the deeper they go, the more in common they have.

And they go deep, so they get a chance to feel that rich feeling of “me too” that longs to resonate with each of us.

Sorta like the rest of us, eh? We all look pretty different on the surface. But when we go deeper, past the interests and occupations, we have a lot in common.  When we get to deeper, core realities of love, longing, and meaning, there is a lot of sameness.  We all want to love and be loved. We all get scared when we fear we are losing it. 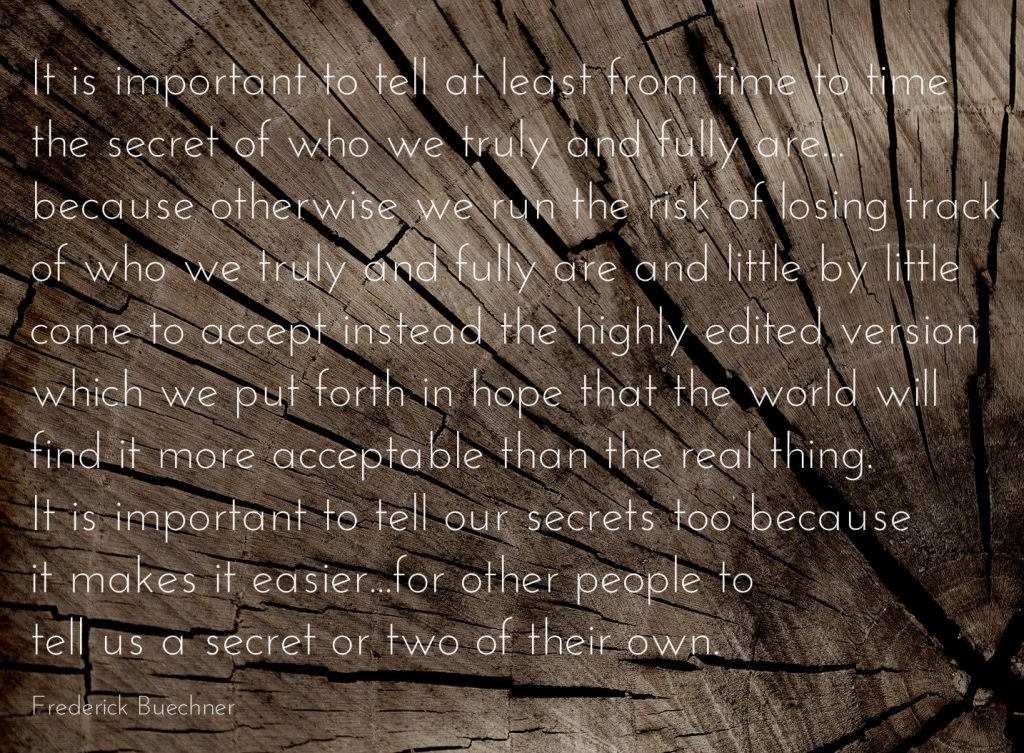 They talked about how this group began because they needed each other.  Because it felt good to ask questions of another who was a little farther down the same tortuous path. Because they loved hearing that others were wondering the same things they were.

They got together because they had one thing in common–they all were widowers.

Experiencing the death of a spouse opened these men up raw–as it would for any of us.

Some of these guys would have belonged to care groups for a long time. They had long believed in the concept of community.  D’s wife wrote a blog to keep friends and family apprised of their journey with cancer. He spoke of how her desire to be open with others pushed him because of the inherent vulnerability in her writing as she shared their lives on the blog. He learned to develop an awkward comfort with his family being “out there” on the blog.

These men spoke of how watching their wives die, and then grieve their deaths, made sharing and needing the support of something a deep and real need.

There was no space for intellectual concepts anymore as a widower…just a complete openness to connection.

D spoke about how he talks with the group to hear his perspectives. As he does so, he is able to realize how his feelings impact his behaviours.  He says his relationships with his kids, his friends and his family are better because he has more insight into his behavior. D wouldn’t have known the value of hearing himself share deeply and so candidly before investing in the W.C.

These guys were clear:

The connection of widower-hood was what drew them together, but it is the real-ness of the group that keeps them together.

I referred to this group, midway through the TEDx Winnipeg talk I gave in 2018:

This group is frank when one has a question about new relationships, or raising kids.  They don’t offer unsolicited advice to each other. But when they ask for opinions, they get them in spades.  Those candid responses are always given in a spirit of caring–these guys have lost much, and they know the going is rough.

These guys reflected with me how they understood deep connection with other men and valued it in a way they never had before.  They are now attracted to richness of real relationships where there is no pretending with endless friendly chatter about sports scores or music scores.

These men love the way they have found themselves growing in the WC. They recognize that each of them have a faith with a guiding principle to grow as a person. They realize now how little they had actually attended to that growth when they had a healthy wife and a busy life.

They also acknowledge that this new found passion for personal growth, emotional connection, deliberate growth only came at great cost–the death of a loving wife.

I asked them what they might say to inspire other men to create spaces of emotional candor, where guys dare to be real with their own inner world as a way to create growth.

They shook their heads, saying that this newfound awareness of the value of close male relationships only came because of personal tragedy and loss.  They doubted whether anything less would have pushed them out of their comfort zones of going through their lives as they had been.

There’s no format when they get together. They don’t follow a book. No one has laid out an agenda.  They talk about the celebrations and joys in their lives–how their kids are getting through.  They share memories of their wives. They talk about how much they miss their wives…and grieve together all the ways their lives have changed because of the loss. They talk about the stuff that is real, but might be too sensitive or shocking or brash in different company.  They let each other know what’s happening–around anniversaries, or when contemplating dating, or whatever–and it helps the others to know the broad range of normal. It’s safe to bring up anything.

Sometimes, in-between when they meet, one of them will fire off an email, sharing something unexpectedly hard, or facing a parenting challenge where they feel in over their head.  And the texts fly between them for a bit…caring, gentle, but direct texts. Life-giving texts. Little life buoys extended to someone who is finding the swim of life too exhausting.

There was one more important reason they gather: To help.

More than one of them said that if there was a way to have a positive outcome to something so painful, they were gonna do it.  Sharing their story, and being in a space where they could listen to hard stories with only a knowing nod–grief doesn’t freak a single one of them out anymore!–if it can benefit others, that’s what they wanted.  It was another way to honour the memory of their wives, to make sense of their own pain. 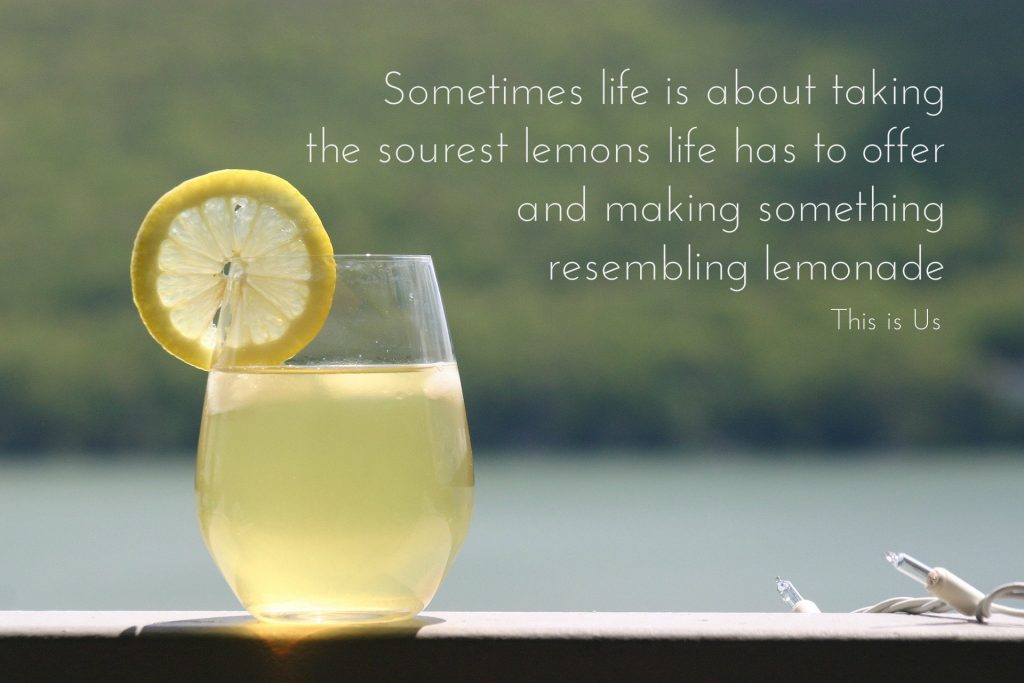 Meeting together was something of a means of redemption of the tragic loss. To honor his wife’s life, D turned his wife’s blog into a book.

The group formed around death, but in meeting the way it has, they have found a way to be about the business of living.  These men support life, nurture the lives of their children, support the lives of each other.

To practice the deliberate discipline of being transparently open to make this world a better place.

It’s unfortunate that it took tragedy to make it happen.