I remember hearing the thrill in your voice when you called me weeks ago: “Mom, coach told me I’m wearing number 11 this year!!”

Number 11–the heart of the team.

A well loved player whose legacy was valued and cherished is remembered by number 11. Now it is your job to honour him and the number he wore.

It’s beautiful that this heart lives on through the number 11.

This year, it’s on your jersey.

I remember when you were in Grade 4 or so.  You were a traffic patrol and were trained as a conflict resolution manager on the playground during recess. Then you also wanted to be one of the people that answered phones for the office while the secretary was on her lunch break.

When you were told that job was reserved for girls only, you thought it was unfair.

There has never been any room in your life for gender discrimination.

It was good for you to experience what it was like to be denied access because of your gender.  As a white male, there aren’t always a lot of opportunity for you to know what it feels to have bias work against you. I think, having been aware of it, it has made you a more compassionate human being.

I loved how you developed a pitch to have the policy changed. How you prepared your speech and went into the principal to challenge it.

You got that policy changed, and soon took your turn answering phones at the office.

A year or so later, when, during recess, the boy without a lot of friends asked to play football with the boys you were playing against, you didn’t stay quiet when the first boy told him to go away and play somewhere else. You remembered the “no say can’t play” rule the school had, and said that if he couldn’t play, then you were leaving and wouldn’t play either.

Somehow, your leadership even back then was recognized. When the other boys saw you starting to walk away, they quickly chimed in to say they wouldn’t play either. The boy who had denied another access to the game quickly reversed his decision, seeing that the game would fall apart if he insisted on his way.

Even then, your leadership pulled the best out of other people. 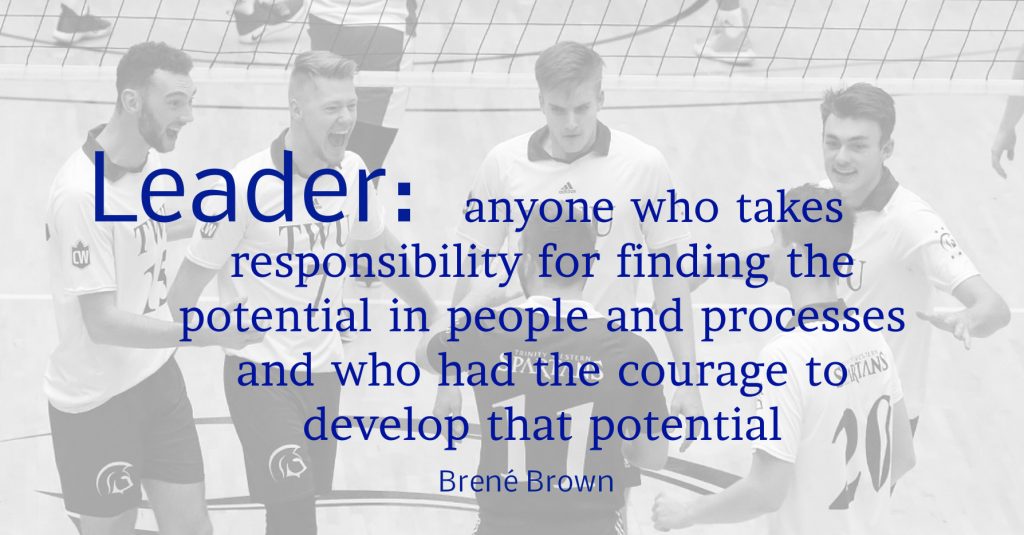 When the team gathers round, it is the guy wearing number 11 who pulls them together. Number 11 makes sure each athlete has his head in the game. He cares about that athlete when he’s struggling–when there is a hard reason to be distracted. Number 11 lets a teammate know when their behaviour is out of line so that can make a course correction. Number 11 reminds each guy on his team that they do better together–any grandstanding only does the team a disservice.

The honour of number 11 isn’t symbolic. Attached to it are real life expectations.

Number 11 is the heart, the motor of the team. 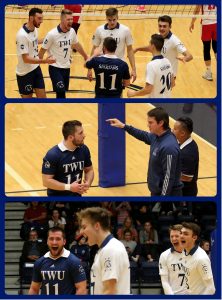 The expectation is that the athlete who wears number 11 will lead by example. He will be a servant leader. Your job is to lead with humility alongside the team rather than by being ahead of it.

You will lead with your soul.

When I was in your change room a few weeks ago, I saw the “wall of fame”. It had 8 X 10 photos of players who were MVP’s-most valuable players, and were named Rookie of the Year etc.  I saw another wall that had pictures of of past players who wore Number 11.

When I talked to your coach this weekend, he said that the highest honour that can be given to a Spartan volleyball player is to be given the honour of wearing Number 11. 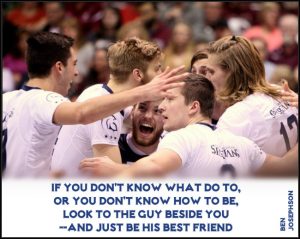 Coach said that the most important wall in the change room is the wall of Number 11’s.  He wants every single player to know that the values represented by Number 11.

Coach wants the qualities of Number 11 to imbue themselves into the fabric of every jersey–and the heart inside.

I like the idea that my son plays on a team where the highest accolades that your sport can give are valued less than character, kindness, integrity and teamwork.

Maybe you don’t want to hear this, but I told your coach this weekend that I, frankly, as your mother, don’t care how well you play volleyball. What I care about is how you connect with others and yourself, the respect you have for others, how you are kind to people, and how you challenge people to be a better version of themselves.

Sport should be about making an athlete a better team player.

Playing on a team expects people to be encouraging after a bad call rather than focusing on a referee’s mistake is part of being able to move on in life. That’s something we all need to figure out.

It’s not easy, but patting the other guy on the back and saying, “No problem. One in a million. Get the next one,” is important to do when he’s just blown it. He needs that to get him ready to be his best on the next play.

Helping the other guys focus to be their best no matter the adversity–that is the stuff that makes an athlete a better human being.

Sport can teach so many life skills that so many of us spend a life time learning. You are on a team that recognizes that the success of a team is just as much about it’s heart as it is about offense/defense.

I’m delighted that you are being recognized for something that is important.

In a world that too often only celebrates brute strength and objective accomplishment, you are celebrated for your wisdom and empathy and kindness.

The stuff of leadership.

There’s something awfully right about noticing and celebrating character over accomplishment.

Because the thing of it is this:

Solid character and a warm heart are the foundation of great and true accomplishment.