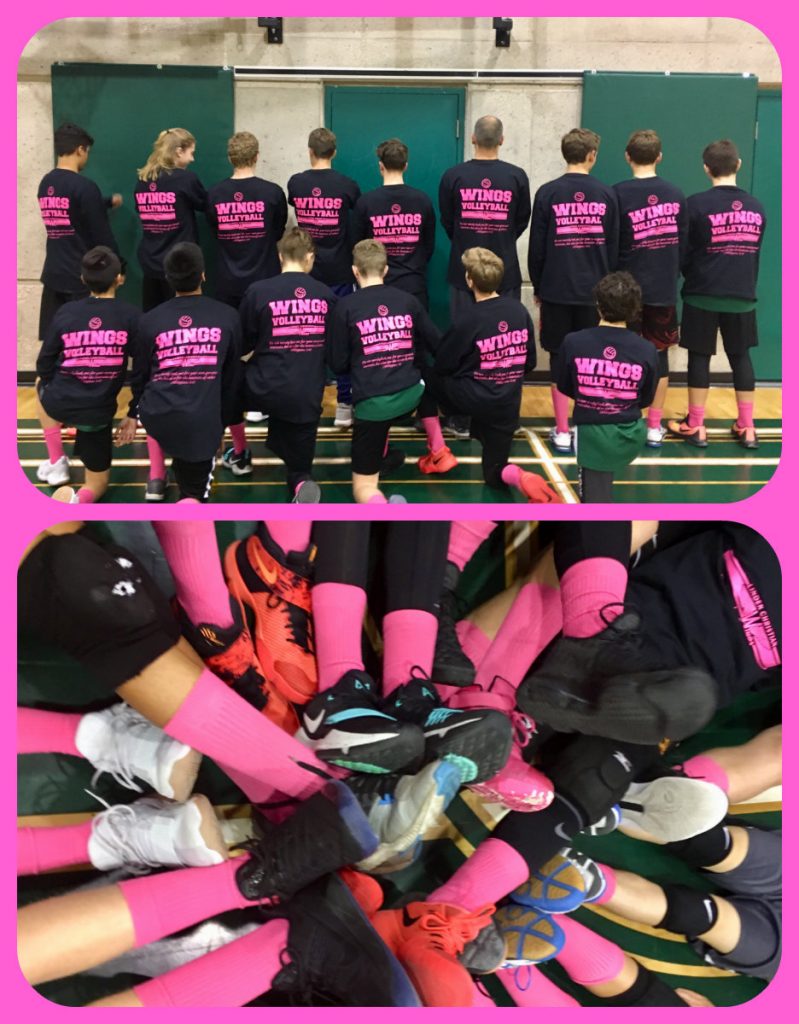 My youngest Junior Tribe Member is my son.  He does refer to me as a parent, which I totally love.  I am not his mother.  His mother died.

Out of respect for his mother, he wears pink shoes. Bright pink runners on the court. When his coach told him last year to make them less pink, he politely refused, explaining how it was his intent to honour and remember her. Once he understood, the coach never mentioned it again.

This JTM of mine is growing fast in height…I’d imagine his feet are growing in proportion.  But he is still wearing those same pink runners on the court. The thing is that there are no breast-cancer-pink sneakers on the market this year.  None. Believe me, I have scoured the internet to find a larger size of pink shoes somewhere!  Nada.

He continues to wear those pink shoes, proudly. I hear other parents from other teams refer to him as “the boy with the pink shoes” when we talk about the play on the court.

I remember after my twins were stillborn, I walked through the world zombie-ish. It seemed like nothing was the same in my world, and yet I watched people shop, go to school and work as if nothing had happened.  It seemed so odd to see everybody living their lives as if everything was normal, when the only thing I knew was that everything had changed for me.

The bottom of my world had dropped out, and everybody was still singing to the radio, talking about the new movie coming out, and complaining about something that seemed stupidly trivial to me.

We had friends and family and a community around us that were beautifully supportive and kind. They gave us cards and food and hugs and words of condolence in amazingly helpful ways, but life went on. When I would get together with friends, it didn’t make sense to talk endlessly about the little ones gone–even I knew that got old.  And in my head, I knew the hole that their deaths left in my life was huge, and relatively inconsequential to everyone else.

However, when the rest of the world had moved on and I hadn’t, it was hard.

I don’t fault people for that.  I think we all do that all the time. Life goes on, and when the losses aren’t right in our face anymore, we got about the business of living our lives. That’s pretty normal.

That’s what made last week’s volleyball game all the more special.

When my JTM showed up at the gym last week, the other boys on the team were wearing pink socks and new shirts with bright pink lettering.

His buddy looked up from his score-keeping duties during the girls game happening before theirs and he tossed him a bundled pair of pink socks and the T-shirt. Then he went back to his job to update the score clock.

As he casually tossed them, here merely said, “These are for you.”

They are adolescent boys. How does a male teenager tell his buddy he cares and he remembers that there is a mom-sized hole in his friend’s life? That even though they don’t talk about it much, it still matters?

How do boys who care about each other say, “I care”? 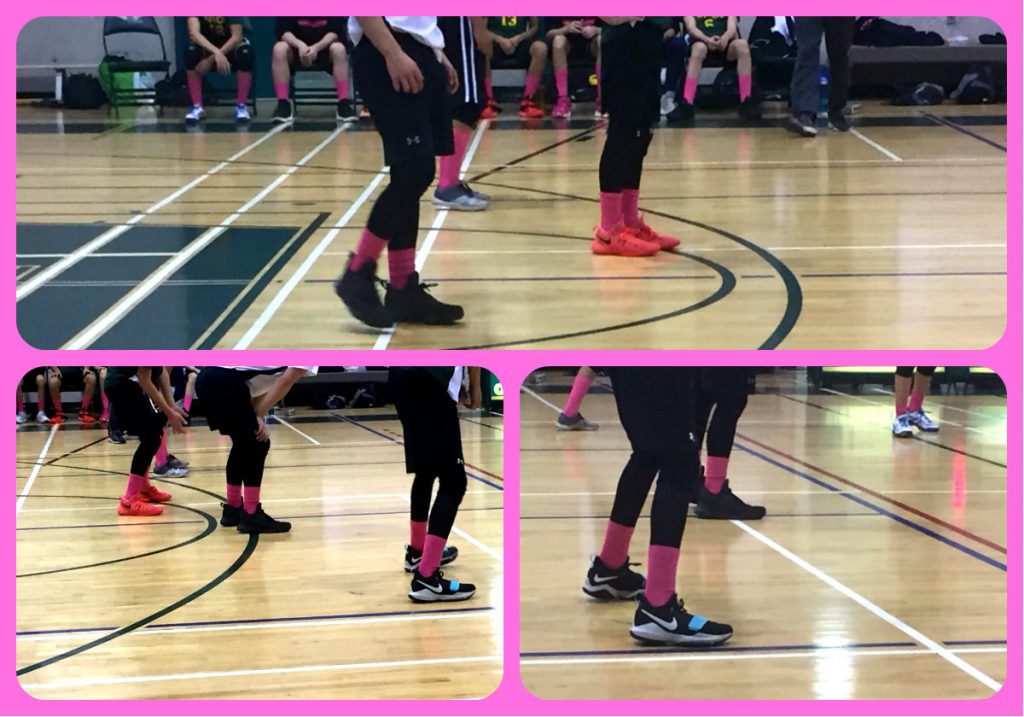 Teenage boys can’t pull this off on their own. No doubt there were loving parents who helped search out, design and order the shirts and the socks. There were folks who were willing to put out the cash for this project. There were parents who supported the idea to support my son. Parents who knew Car and loved her too–who shared bleacher time with her as they watched their boys play, and who now feel the empty space that her absence leaves.

Parents who believed in my JTM, and who supported their kids.

My throat got tight when I walked into the gym and saw the team in their pink socks. The whole team, proud to be wearing pink on their shirts and their socks. We lined ’em up for some pictures.

They were joking and fooling around. Happy.

We talked about it on the way home. How not much was said, but how much it all meant. How boys-becoming-men were deeply caring for him in a way they knew how. Car’s memory matters, and the world has not forgotten her.

The world has not forgotten that this boy misses his mother.

Sweaty socks in a smelly gym might bring many to tears, and not in a good way. 😉

But maybe these pictures can bring you to tears in a good way, too.

But maybe you have a loss that is bigger in your life than others know. You have a hole in your life that others don’t seem to notice. You get up in the morning, eat your cereal and go through your day with no one troubling themselves to mention how your world is greyer and drearier.

Maybe you can know that sometimes people don’t always know what to say, or are able to be vulnerable enough to say, “Hey, it still matters. I know your world isn’t normal. I know you are still sad”.

Maybe you can borrow some of the love and care of my JTM’s team today, and know that your hurt still matters? I give you permission to feel cared for and loved, by proxy.

Let the actions of these boys tell you, today: “Grief doesn’t have a time limit. Your sadness matters. We know that you still hurt even if we don’t talk about it a lot. We care.”

Vicariously, through my JTM, know that your grief matters too. 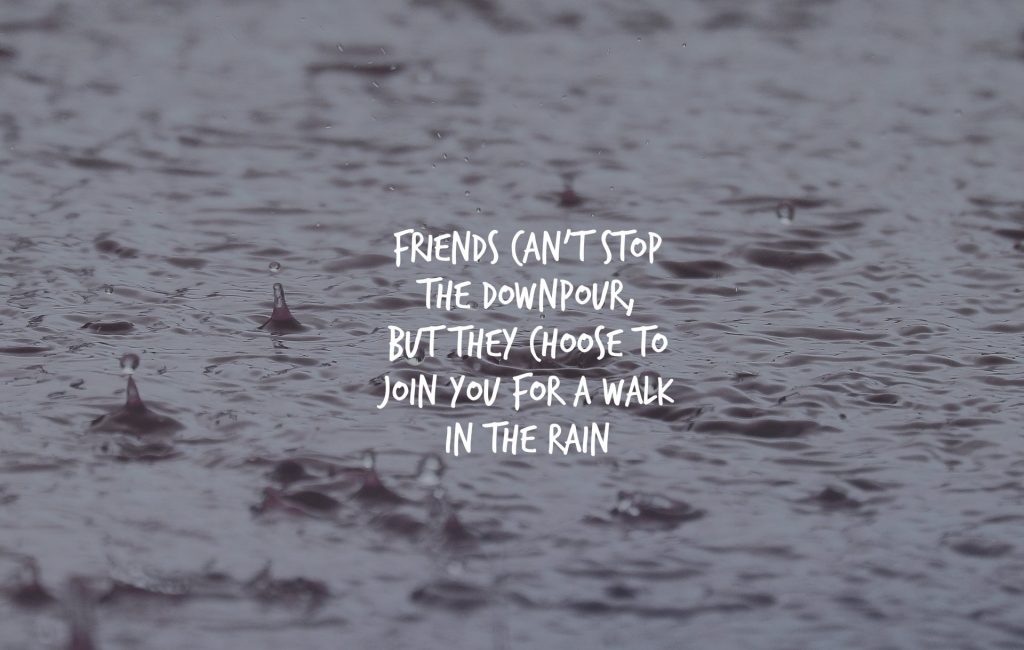