This blog will attempt to explain something that sexual assault survivors will find disturbing and upsetting.  The video goes into more explicit (but appropriate and incredibly helpful) detail. Those who have experienced sexual violence may find this blog is a trigger for them. Please take care of yourself and don’t read it if it will be dysregulating for you. The rest of us will become informed on your behalf, making the world just a little safer and more understanding of sexual assault survivors.

I have worked with many people who have experienced sexual violation at the hands of another. Having someone intrusively invade your very private space is incredibly damaging on its own. An abuse of power. Absolutely.

Having others be uncomfortable or non-responsive when you talk about that violation is a further level of pain:

This has the effect of silencing the victim: s/he learns that it is not safe to tell the story. That the people around him/her won’t protect her. If s/he is a child, s/he learns that adults don’t really care about them, and won’t trouble themselves to make a child safe. If the story doesn’t feel valued, quite simply: the child doesn’t feel valued.

There is a layer of woundedness for some after sexual assault that is rarely discussed or acknolwedged. That creates perhaps yet more pain. It is something many sexual assault survivors don’t dare to talk about.  The few that do, do so in hushed tones that indicate deep shame about it. They expect judgement and condemnation. And because so many don’t dare speak of it, it perhaps carries the most pain of all. “It” is a bodily response to the sexual abuse–physiological sexual arousal. 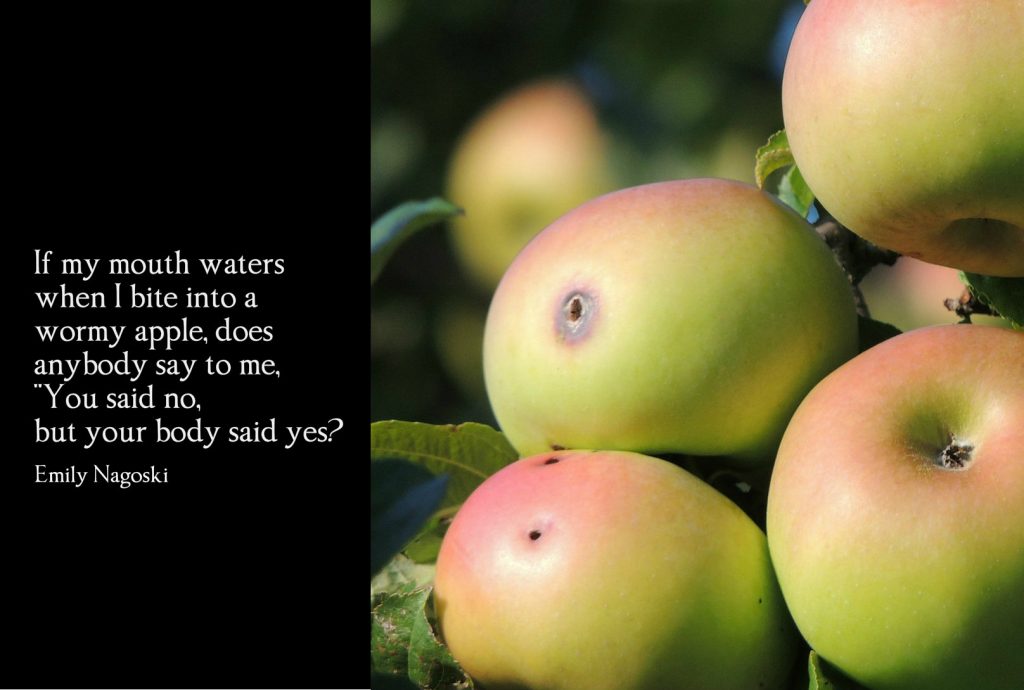 The perpetrator may suggest, or even insist, that because the other person had a physiological response indicating arousal it doesn’t count as sexual assault.  The perpetrator can then mock the victim, saying they wanted it, or liked it–which decreases the likelihood that the victim will tell anybody about it.

While the victim knows that the sexual assault was unwelcome, frightening, and deeply violating, they also know that their body responded–and that confusion can result in silence. It doesn’t happen for all nearly sexual assault survivors, but it happens more often than you might guess, given how rarely this is mentioned.

Sometimes, the victim will wonder what their sexual arousal during an episode of sexual violence means about them: they tell themselves the story that they must be twisted or perverted to have responded. This isn’t something that a person feels they can “check out” with medical professionals or therapists or close friends–often the shame is so deep, they keep this knowledge as a deeply painful secret.

Emily Nagoski speaks calmly and openly about sexual matters–it can be uncomfortable to watch for many who were told that such things shouldn’t be discussed in regular conversation. And she clearly explains the reality of unwanted arousal as a perfectly normal reaction by the body.  Emily says arousal from sexual stimulation and desire for sexual activity are actually fairly weakly connected.

Arousal doesn’t mean you wanted it.

(Though it is deeply confusing to a victim. That’s why it is so critical to talk to someone knowledgeable about it–even though it is terribly hard to do so.)

The only way to really know if someone is interested in sexual activity is to use your words to ask, and then hear their words of consent or refusal. No response is not consent. Coerced consent is not true consent.

Refusal with words is always refusal, no matter what the body is doing. Always.

Arousal nonconcordance is a term that all children, teens and adults need to become familiar with and be able to use correctly. This will allow us  to better be able to have conversations about consent and respect with each other.

Understanding arousal nonconcordance as a term will help judges, police and other public protection officers better be able to protect the vulnerable.

Being aware of arousal nonconcordance will enable sexual abuse victims and sexual abuse survivors be able to tell their story, report offenders, and ask for help. Knowing how the body works during times of sexual assault will help healing as it decreases shame.

Understanding arousal nonconcordance decreases victim blaming by the perpetrator, the system, and even by the victim themselves.

People need to understand that when the body responds with extra blood flow to sexual areas because of stimulation, it is merely the body doing what it does. It does not mean, in any way, the person likes the stimulation or wants the sexual contact. 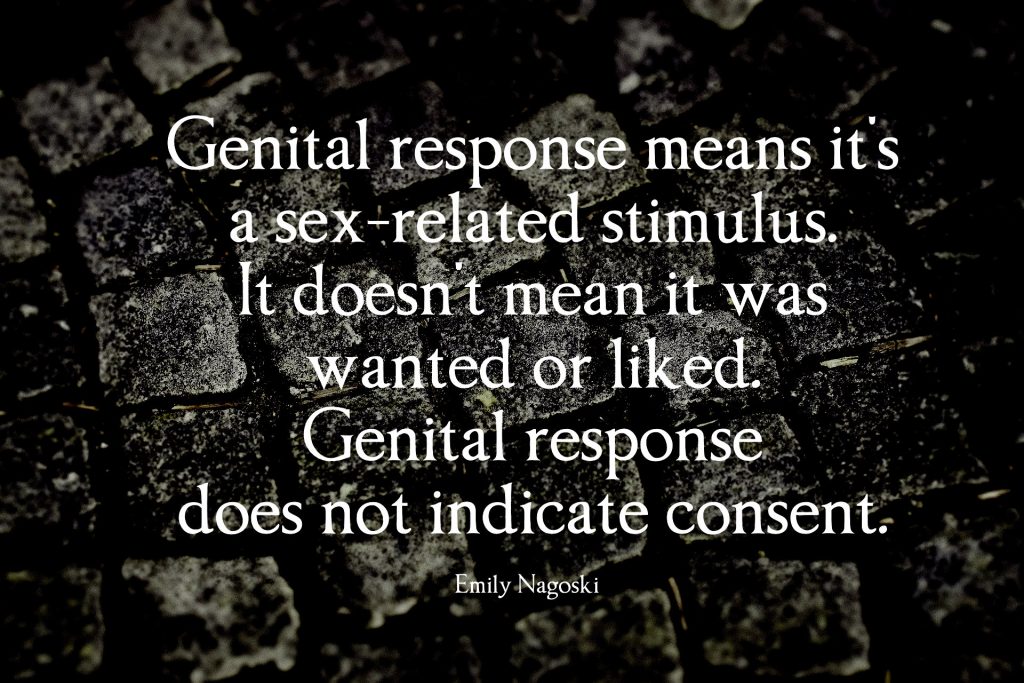 If you know someone who has been sexually violated (and, given the statistics, that is all of us), please watch the following video to understand.

Be prepared to blush if you are inclined. But understand that you could significantly contribute to the safety and well being of another by being willing to be uncomfortable enough to understand this idea of arousal nonconcordance.