Y’know in the movies, when there is that ominous sound?

Well, in my mind, the cute little dog isn’t included…but I have often heard a sound rather like that as the calendar approaches March 29th.

My body could feel the day coming.  The March breezes don’t have quite the bite that February winds do. We aren’t nearly at spring-like conditions, but we can tell we are heading towards it.

The most significant tells  of spring, for me are:

One March 29th, all those years ago, I took my elementary school aged Junior Tribe Members to Zellers for rubber boots. (Remember Zellers?)  Their winter boots were not keeping out the puddles, and their socks were sodden every day. What small boy can resist a puddle to splash in on the block home walk from the bus! (Heck, I can’t resist those puddles–especially the ones which have a thin skin of ice on top with the air bubble underneath.  But I digress)

I was gone with those little guys for their new boots for only about 40 minutes.

Life was never the same after I got home.

The man I was married to then, had planned the rest of my life with, slipped on that ice while we were out shopping and was hurt. Our lives took a sharp turn that day, never to return to normal.

I used to think of that day as the beginning of the end. Life got complicated after that, and just over a year later, he left our home.

When I thought of it that way, I spent a lot of time, “What if-ing”.  The “woulda, shoulda, coulda”.

It wasn’t that I didn’t notice that icy patch and recognize the danger–I did. But the fact was that I had children that needed feeding, help with homework and piano practice, and so on. We had timelines because Former Husband had a meeting to get out to that night, and so we needed to be ready for the evening for a certain time.

There wasn’t time that day to take care of the ice.

For a long time, I wished I had taken the time to take care of it anyway.

For a long time, that ice patch, and what I didn’t do to remove it, haunted me.

So often, in light of all that we know after, we get on ourselves for not doing something more or different before.

Like somehow, we were supposed to magically know that something was important to do. All over the province right now are treacherous ice patches…some people removing their danger, most not.

So often, clients I work with live with regret, knowing that they could have changed the outcome of something, but noticing something sooner, saying something different in the heat of the moment. They wished they had:

Those regrets in life are hard, aren’t they?

Time taught me what the moment couldn’t: He would not have stayed, fall or not.

The patch of ice may have impacted the timing, but not the outcome.

To forgive oneself is never easy. Sometimes, forgiving yourself for not knowing the future and not acting on it is especially hard, precisely because it’s unreasonable. Somehow, when one’s life trajectory changes for a seemingly mundane decision, one of a thousand that a person makes every day, we blame ourselves in a way that doesn’t make sense, but it very real.

It’s remarkable how we give ourselves so much power, isn’t it? We create a world where we should always know what’s important to do, what we should say, shouldn’t say. There is an expectation we have of ourselves to know, in advance of life actually happening, how something will turn out, and what we should do or say to make sure it turns out well.

We regret our actions so often, when something goes wrong–somehow thinking that if we were smart enough, diligent enough, thoughtful enough, we could prevent all bad things from happening to our loved ones.

Why do we expect ourselves to know everything, always, so that, we always, in advance do the exact right thing?

It has me wonder how often we don’t give ourselves credit for reading a situation, taking proactive steps, and then averting disaster? We could never give ourselves a congratulatory pat on the back because we don’t even know how things would have turned out without having intervened.

We will  never know all the things we did right to avert disaster:

There’s probably a lot more that you do right in a day than you do wrong–but you’ll beat yourself up for the one wrong thing because it’s so obvious. My hunch is that you don’t acknowledge and celebrate all the thoughtful things you did well that made life go smooth. Smooth is not much to notice, and so it passes us by, almost all the time.

I think it’s time we celebrate all the things we do all the time that make life safer, healthier, and better for those around us.  Yes, we slip up occasionally.  And yes, even more rarely than that, tragedy strikes because of those slipups.

But how much more often don’t we keep ourselves and our loved ones safe because of our conscientious approach to all the little things in our lives?

March 29th is a day I used to remember as the day I didn’t smash up that icy patch.

It took years, but I remember now it mostly as another day.

I now know, what I couldn’t then–it’s highly likely that another event or another trigger would have instigated the same outcome.

…but my family received all the love and care I knew how to give.

I still wish that icy patch hadn’t had the nasty impact on him as it did. But now, I wish that as a compassionate human being doesn’t wish harm on another, than as a regret of personal failure. 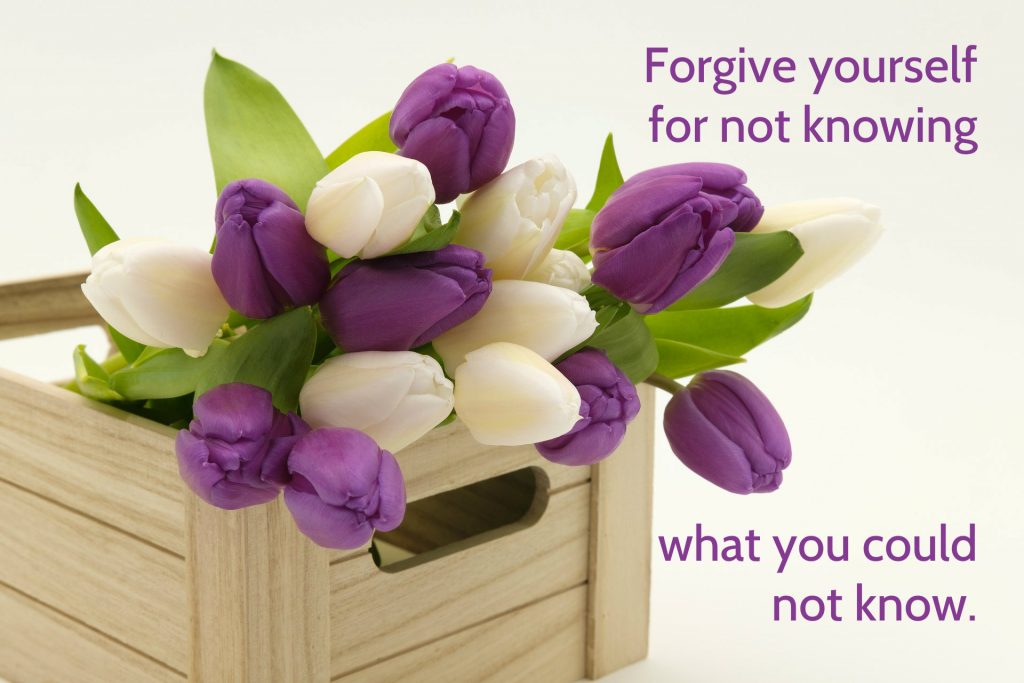 It’s a vulnerable thing to know that despite our best efforts, our careful planning, and thoughtful actions, tragedy happens anyway, isn’t it?

Life has, inevitably, bad things that happen despite our best efforts. While that is scary for us to hold as reality, it is true.

While we take reasonable precautions to:

…we simply cannot eliminate the possibility of bad things happening.

In an odd way, once we accept that reality, life becomes less harsh. The expectations we have of ourselves become more realistic.

May you be kind to yourself today.