I heard a story about some acquaintances  a few days ago…the couple had been married for several years.  The wife was unhappy, but she hated confrontation.  She didn’t want to say anything that would hurt her husband. She didn’t want to be the source that created long and difficult conversations.

So she said nothing.

The situation got worse.

One day, he came home, and her clothes and the rest of her things were gone…and so was she.

Update: The second edition of this book, revised and expanded is now available:

Nice to a Fault: Redefining Kindness in Marriage.

With new chapters designed to further empower couples to make changes to their marriage in life giving ways: 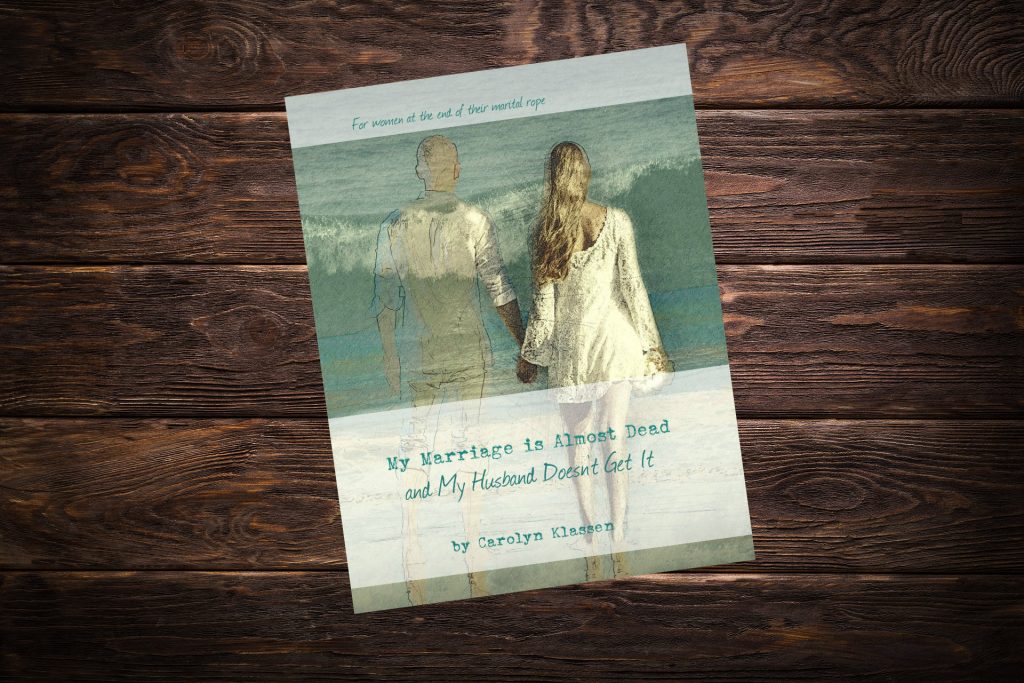 I wrote a book for women in marriages that aren’t working for them to give language and concepts to figure out how to get husbands who are ignorant of their pain.

These husbands, for the most part, aren’t malicious, just oblivious.

Often they don’t see the need to work at it or get help…until it’s too late. Maybe he avoids counselling because he doesn’t understand it, or is uncomfortable with it, or thinks the marriage isn’t so bad…because he doesn’t have a clue how hard it is for her.

The therapists at Conexus Counselling have been seeing it at our offices for a long time, and when I write on this topic, these tend to be the most read and most shared blog entries.

There are a lot of marriages out there that aren’t good…and they are worse for the wife than for the husband.  The husband actually doesn’t think it’s so bad (except that she’s too tired or busy–maybe distant–to make love).

One day the woman has had enough and she says she’s done.

I want to stop husbands from being surprised by how bad it is for her, and stop wives from having to end their marriage because it seems better than initiating hard conversations that would be good for both of them.

For the United States:

Think I’m making this up, or have a biased sample from my practice, or maybe that because I’m a woman, I see it a certain way?

69% of all divorces are initiated by wives.

Dr. John Gottman, the “love doctor” who does highly respected research in the field of couples, says that one of the most important predictors of marital success is the ability of the husband to accept influence from his wife.

Husbands can often get away without accepting influence, because she:

To be clear, some husbands have trouble with this too, and the pattern is reversed.

If this applies to you…buy this book for yourself?

If it applies to friends, give it to her as a gift?

If you’re a guy, and you see a buddy in this, give it to him?