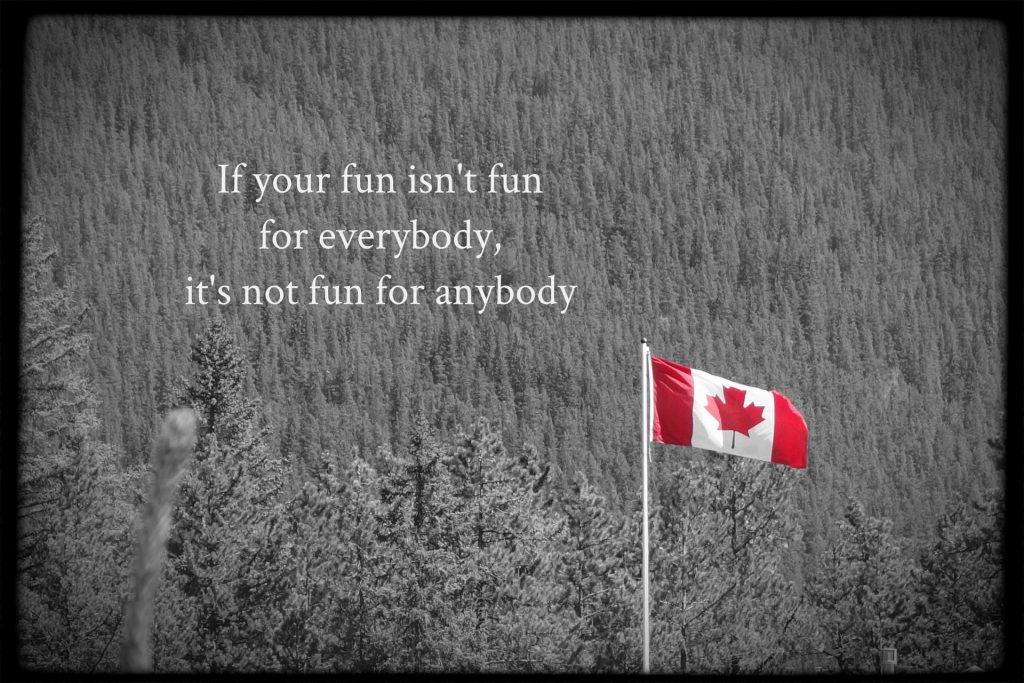 Update: In case you’re interested…more recent thoughts on the discoveries of the unmarked graves at numerous locations across the country was written for Canada Day, 2021

I feel like I have to write this letter. I’ve been apprehensive about writing it because I fear that my white privilege will be shamefully obvious for all to see. White privilege creates blind spots in thinking, which by their very nature, are beyond a person’s ability to see. I am concerned that might inadvertently have me write something ignorant and offensive. What if I look foolish or naïve? I am not as knowledgeable about your struggles as I think would be responsible of me.  Slowly, I’m working at it.

I’m thinking, though, that the only worse than making mistakes in the writing of this letter is to not write it at all.

If the fear of making mistakes prevents people from saying anything at all, then the dialogue that needs to happen to fight the effects of colonialism won’t happen.  I’ll risk making mistakes in this letter because I think we all have to start somewhere.  Please, look past my clumsiness to see my heart’s intentions? I’m also hoping you’ll help my understanding by writing in the comments section to advise me about I’ve made errors or been insensitive. I want to learn.

Let me tell you something about where I start:

When one of my Junior Tribe Members was a boy, he was loud, gregarious cheerful little boy. Actually, when he was a toddler, he wasn’t so little–he was tall for his age, and had the heft to match. He would run hard, play hard, and when something was fun, he would do more of it. His delight in enjoying all of life was endearing to watch as a mother.

However, let’s just say his own desire to do what he thought was fun obliterated his ability to see the impact of it on others:

But the intent did not change the result: pain, fear, and hurt.

He was oblivious to the other’s discomfort, pain, and fear in the middle of him blissfully enjoying his own fun.

I could see he wasn’t being sadistic in making others cry for his own enjoyment, but that provided small comfort as I would often see others hurt by my JTM’s play. It was disturbing to watch.

I’m a mom, concerned about raising sensitive and thoughtful boys who would be attuned to others. Thus, this trait of enjoying his own fun at the cost of others disturbed me terribly. I had a mantra that he heard me repeat often:

If your fun isn’t fun for everybody, it’s not fun for anybody.

I would encourage him, to look around and notice as he was playing:

I tell you this story, because it’s been niggling at me what this must be like for you, as an indigenous person, as so many Canadians are gearing up to celebrate the 150th anniversary of  Canada this weekend.

It’s hard for me to celebrate the 150th birthday on Canada Day this weekend because it feels like you’re not having fun with this.  It just seems mighty insensitive to blissfully celebrate when so much of this country’s history has been so hurtful to you.

I’ve been reading that Canada’s 150 birthday is downright offensive to you.  And if you’re not having fun about it…and you live here and you’re part of Canada…then it’s should not really fun for any of us.

I’m conflicted though, to be honest. Because the thing of it is this:

I love living in this country–Canada.

My grandparents on my dad’s side, and my mom came from other countries.  They came here because of persecution.  Grandparents on both sides fled Stalinist Russia…and they all knew people who were killed out right or disappeared. Canada took us in, and gave us safety. I’m deeply grateful.

I love democracy. There is a profound freedom in being able to consider political candidates and vote.  I love knowing that we each have a voice in making our country a better place.

I love that we have socialized medicine where, when one of us gets sick, we as a society make sure a person gets the care they need.

I like that we can have mosques, synagogues and churches in the same neighbourhood, and those who attend these different places of worship attend the same schools, work at businesses, and shop together at the same stores during the week. I like public libraries and city parks that we all enjoy.

Canada is far from perfect, and there are frequent mess-ups. We’ve got a lot to work on, no doubt.  But I love that Canadian ideals and goals and dreams are for us to look after each other, respect each other, and celebrate differences.

So, I like to celebrate the country I live in.  There are so many good things that I am deeply, deeply grateful for.

Many of you have been telling us that 150 Birthday thing on Canada Day, is downright insulting for you. Deeply hurtful at a level that I have been trying to understand.  I’ll never really get it, because I’m a descendant of immigrants. But I’m trying.

My people weren’t born here centuries ago, living here and enjoying the richness of this country. You guys have always been here. It seems more than odd then, that the official founding of this country happens when the immigrants sign an agreement that now this country has started. You were here all along and celebrating this land. It’s a little contrived isn’t it? or maybe…more accurately, a lot insulting.

The more we uncover parts of history that we never learned in school, we hear that the Canadian government has disregarded treaties, and sought to assimilate “Indians”.  It may not have been malicious intent on the part of the forefathers of the Canadian government, but their best intentions still meant untold suffering and pain. The Truth and Reconciliation Process I suspect only begins to touch on the many, many stories of individuals and families affected by the cultural genocide that colonialism attempted to carry out. The National Inquiry of Missing and Murdered Indigenous Women is now only beginning to tell painful, horrific stories of lives lost. Stories that you have lived with and whose pain you have held for years, generations even.

As a therapist, I realize the incredible power of family.

And, as a therapist, I have listened to stories of clients who are indigenous who themselves, or their parents and grandparents, were not given the opportunity to be raised by their parents in their community. Children were ripped away from the only home they had every known. The residential school system stripped so many of the indescribable value of being loved and valued by their parents. Being forced to attend a school away from their community and not being allowed to speak your own languages, celebrate your own traditions…well, it makes me weep.

It shaped so many of you in such deeply significant ways.  How is a person supposed to know how to love in close relationships when they didn’t grow up in close relationship? How is a person supposed to value who they are, when they were not valued and prized as children? How are following generations supposed to know about love and connection and their own value when the generations before never had a chance to know it themselves?

You have many strengths and there is still much to celebrate amongst your peoples. I see the pride that you have in your language, culture, traditions. But that has been in spite of Confederation, not in any way because of it.

Indigenous peoples…you are not enjoying or valuing the idea of 150 years as a country.  To celebrate that day disrespects your presence here that long predated us. It celebrates the beginning of a system that didn’t uphold it’s agreements to you, which you made in good faith. And it celebrates the establishment of a system which has been catastrophic to the wellbeing of you.

This Canada’s 150th celebration isn’t fun for you.

With respect and compassion,