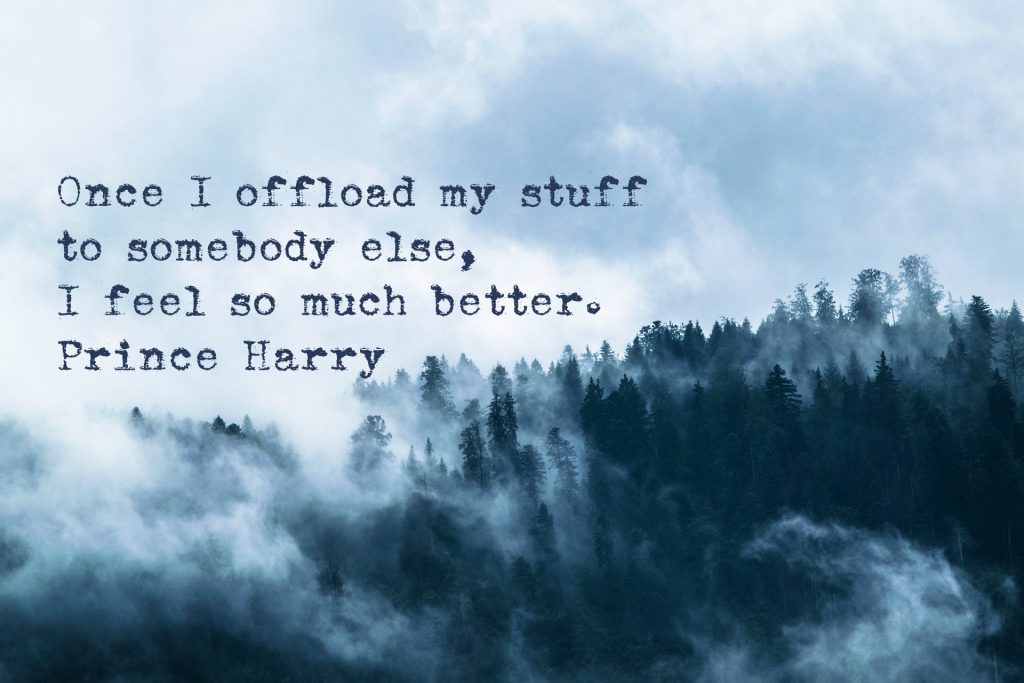 When Prince Harry says, “When I offload my stuff to somebody else, I feel so much better, ” he speaks from first hand knowledge.  He wasn’t always that way, and he understand the value of talking in ways that only those who have stuffed their feelings for decades first can understand. He tells the world what therapists around the world want people to understand.

Prince Harry credits his ability to be fully alive in his life to choosing to unlock his emotions, feel his feelings and talk about them.

He told the interviewer that he finds incredible value in sharing his story with someone who is able to hear it well.

It’s not easy losing your mother when you’re a 12 year old boy.  And when the world is watching, it’s that much harder.  But he did it…by ignoring his feelings and pushing them away. He paid a price to handle it the only way he knew how…

Then he discovered the value of feelings his feelings, and talking to others, including a professional about it.  In the podcast, he talks about how liberating it was to dump the pain that was inside of him into a room with a “shrink”. Prince Harry knows first hand the value of sharing his pain with another person, and receiving healing from it.

He is clear that one’s own healing trickles to the people around you when they get a better you.

He encourages each person to exercise, spend time in nature, find an outlet to express your inner world (he took up boxing) as a way to grow and heal. 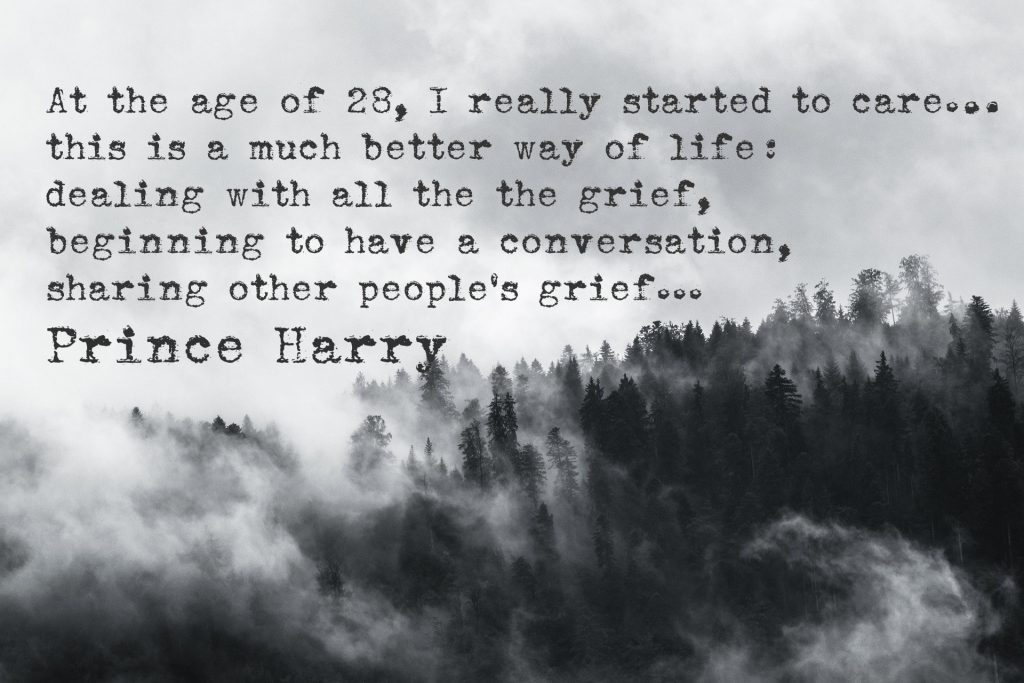