**This letter, one of our most popular blog posts of all times is now a chapter in a new book, Nice to a Fault, Redefining Kindness in Marriage…now available on kindle or in paperback. 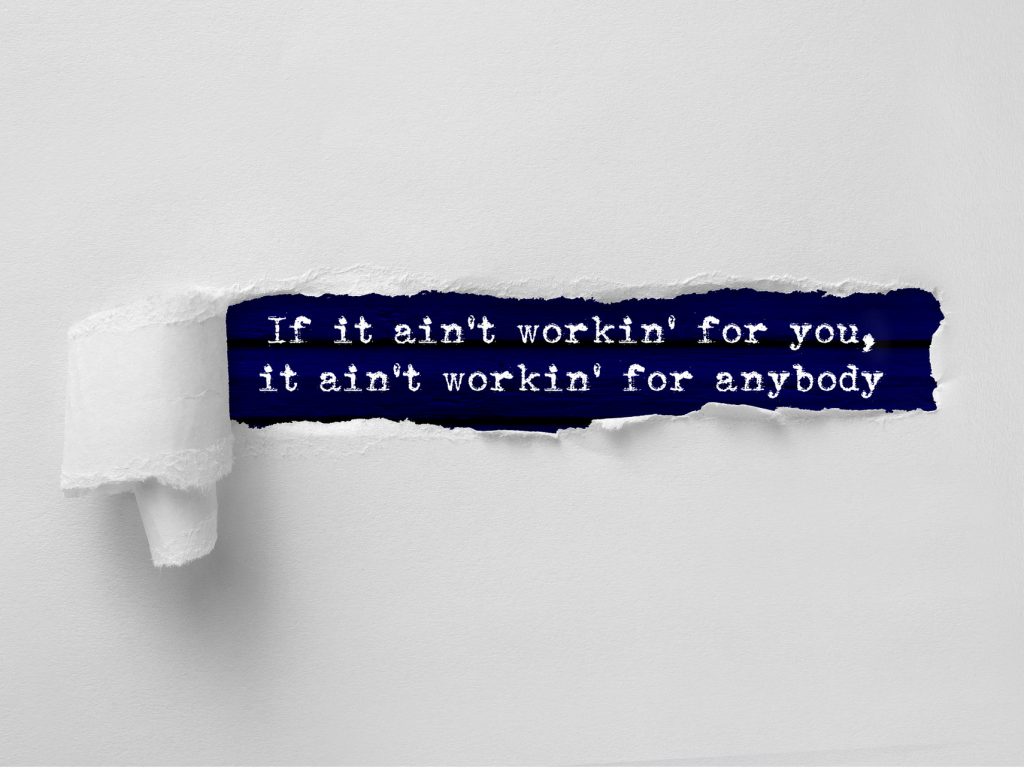 I wrote to your husbands recently in a blog post…many, many people read the post to discover how 69% of divorces are initiated by women.  Over 2/3’s of divorces happen because wives say, “Enough”.

I wanted husbands to have a chance to learn that it isn’t working before it’s too late. As a marriage therapist, I’ve met very few husbands who don’t care about their wives, and intentionally ignore their relationship.  As a matter of fact, so many husbands seem to be gobsmacked when their wives tell them they are done.

Wives…you didn’t get married expecting it to end. I know you had dreams and hopes about the future.

You’re likely tired, and frustrated.  And I’m sorry that it feels exhausting and demoralizing to be living the life you are in.

If you’re the typical wife, you do an hour more of housework per day than your husband.  You spend double the amount of time caring for others than he does.  It’s not easy to do so much of the heavy lifting around the house.

First of all, being responsible for so much is just plain hard, when a lot of you also work full time. But even more than that, the difference in workloads is just plain unjust.  It’s hard not to be resentful when he’s tired and relaxing in front of the TV, and you’re tired and making lunches for the next day.

I know you are doing the best you can…and if you’re like most women, you’ve been taught that a good woman doesn’t complain, she just does what it takes to make everything work.

When he needs extra time at work, you pick up the slack. You notice that when he has a chance to get away with the guys and tells you he needs a break, you just take on single parenting duties without missing a beat. And when the playoffs are on, you work to fill the house with snacks for him and his friends. You work really hard to be supportive of him. As Dr. Gottman would say, you accept influence from your husband very naturally.

When you have a business trip, you leave notes about what everybody needs to do and when. If you are out to book club for the evening, you paste on a frozen grin when your mother says, “Isn’t it nice he babysits so you can go out?” And you recognize that given the pace of the family, it doesn’t make sense to apply for a promotion at work. (Even though neither of you would think to have him slow his progress up the ladder at his employment.)

Wife who feels ignored…can I tell you something that is honest, but maybe hard for you to believe?

The husband in your life doesn’t get it.  He genuinely doesn’t.

If you ask him, he will likely say he does half-the-work-of-the-household-ish. He doesn’t know how much more you do that he isn’t even aware. He also sees you generally cheerful and mostly cooperative as you go about doing so much—which is true, because you like making a home for your family, and you wouldn’t dream of guilting your kids or your mother for what you do for them.

I think the husbands of this world don’t recognize that you are slowing dying from their disengagement.

You are disappearing from your marriage slowly, drop by drop, and your husband doesn’t even notice.

Some of you just found your eyes suddenly start to leak.  You teared up just now because you feel, at last, understood.  This marriage isn’t lifegiving like you dreamed it would be…as your husband believes it still is.

In my experience as a therapist, women are often much more unhappy in the marriage than the husband realizes.  Often she comes to therapy alone, desperate to change something—and her husband will not come to therapy for any number of excuses which all boil down to one reason: he doesn’t want to come to therapy.

And what are men called who go to therapy because their wives ask them to? Well, there are several names for those sorts of men.  None of them positive.

So…you’re dying inside as you live in a marriage that looks pretty good from the outside: you’re paying down the mortgage, going on a vacation with the kids, putting money into RRSP’s and maybe going out for dinner on Friday night. It all looks pretty good.

Except it ain’t workin’ for you…and hasn’t for a long time.

I have wives that were wonderful women quite willing and ready to overfunction as a sign of their love for the first several years of their marriage.  Young brides can be cheerfully dismissive how he goes off with the boys, buys big ticket items for his own leisure with joint funds, and forgets to put his dishes away etc. etc. Most wives can do that for a decade or so.  But when the kids come along, and the amount of work goes up exponentially, his disregard for her disproportionate efforts stops being cute and gets annoying. But he’s used to underfunctioning and doesn’t understand how serious it is.

Dear wives who are being ignored, this isn’t nearly all about housework either, is it?  This is about the life partner who promised to support you, now:

And, wives who are lonely, some of you are so discouraged, that you are putting in time until the kids are older, or are already planning your exit…and he doesn’t know it.

You were raised in a culture that said nice women work hard and don’t complain.

No one wants to be a “witch with a b”. Women are used to being the one responsible for resolving the conflict, and maintaining the wellbeing of the relationship in the majority of relationships. So, women keep the peace in a relationship that isn’t working well for them by:

…and meanwhile, the marriage is rotting silently from the inside out.

It is very unfortunate he doesn’t notice on his own. And also very unfortunate that she protects him from the knowing his marriage is heading towards its demise. He can find the wiggle room to fool himself that its just your time of the month, or the baby has kept you up, or…

I’ve met men like your husbands, and they will be gobsmacked when you leave. Because they are clueless about how bad it is for you.

Can I ask you a favor, wife-who-is-lonely?

Can you find a way to make it crystal clear that this isn’t working and that he needs to step up?

Do it in a way he can’t miss it. Let him know that you aren’t just complaining about the glass on the counter, or about one night with the guys, or about how he didn’t empty the dishwasher yesterday.

Let him know this is a serious situation where you long to be known and understood by the man who once had you feel like you were the most important person in the world. Tell him that there is deep concern about the long term fundamental wellbeing of this marriage. Share that he is missing out on meaningful engagement with you as his wife.

This isn’t whining.  You aren’t griping.  You are looking him in the eye and respecting him enough to raise an important issue before it is too late.

Make it different from all the other conversations you’ve ever had about this.  Find a way to have him feel the gravity of it. Maybe you’ll have to do something drastic in a creative, significant, even very serious way that creates a shift that he can’t ignore. Let him know that you’re tired and missing him, and longing for him to be in tune with you…and the consequences of not doing some relationship repair will be dire. That at some point, you may leave the marriage formally because for you, the marriage will actually have been dead for some time.

This won’t be mean or bitchy. 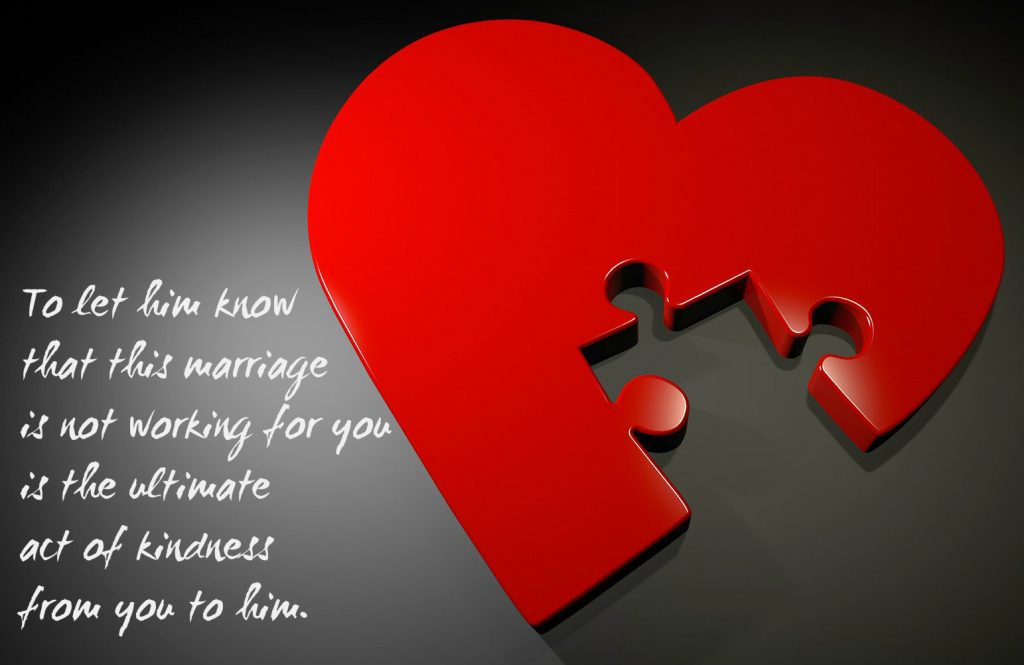 To let him know that this marriage is not working for you is the ultimate act of kindness from you to him.

Even if it feels to him like the marriage is good for him as is, if it isn’t sustainable and he gets left alone, that will suck for him.  Big time.

Can I ask you another favor?

When you let him know, with absolute clarity and huge vulnerability and great courage, give him the benefit of the doubt? Don’t label him a jerk. Don’t call him names.  Be respectful and remind him of how he matters enough to you to risk being open with him. Remind him of your vows, your dreams and hopes together. Challenge him to align his behavior with his core values of love for family and for you. Chances are he really loves you, and he is not aware of how much he takes you for granted.

His behavior is not good, but if you attack his character rather than his behavior, he doesn’t have a lot of room to respond positively. You want him to leave the conversation knowing that you believe he can do better, because he is better than that.

No guy likes to know that the person who matters most to him finds him falling short.  In our culture, mad is so much easier than crushed, devastated, or deeply regretful for us all, especially men.  Give him a day or two to wrap his head around it…but you should know that a lot of men are going to hope that situation will “blow over” in a few days.

Don’t let it blow over.

Calmly and assertively let him know that no action is experienced as continued disengagement, and you are really pulling for him to invest in the relationship.  Many will find counselling a great option…us therapists help your husband understand his behaviour. We don’t believe in blaming people, we stand for changing patterns to be constructive. Some of you might do a marriage enrichment weekend, engage in an online course.  Take a survey. Read a book.

Do something. And then try something else if it doesn’t work for both of you.

Change the trajectory of your marriage…don’t let him silently coerce you to remain in a marriage that you know is slowly dying. Be clear with him that continuing with his benign disengagement actually is destructive, and make it hard for him to fool himself otherwise.

Hoping you find the strength to pull off what is truly the most challenging and important conversation of your life,