Yep…the marriage therapist is herself entering into the commitment of a lifetime of love. I believe that we are created to bond closely with another.  I believe in the power of connection. I have watched and facilitated relationships heal with trust being restored.

I know that research says that those who are married in committed life giving relationships are healthier, react differently to pain, are grounded and therefore are able to take greater risks in other areas of their lives.

I believe in marriage.

My couple clients have taught me over the years that marriage is life-giving.

But therapists are human…and when we get hurt, we fall into the same fears and patterns that all humans struggle with.

And so the thought of a lifetime love for myself was something I longed deeply for. Yet I was simultaneously terrified of it, too.

It all unravelled–mostly out of my awareness, and completely out of my control.  It was painful and mysterious and confusing. I felt utterly helpless.  And pretty hopeless. And then I was alone with my Junior Tribe Members (JTMs), needing to raise them and help them and needing to ramp up the practice to be able to support us and keep a roof over our heads.

My husband was also my pastor.  And if there are two people in life you think you can trust, it’s your husband and your pastor. And when they are one and the same, the trust is doubled. That double the betrayal then, too.

So, amidst confusion and lostness, my ability to trust deeply and closely was tested and tried, and shattered.

I was spun dizzy, trying to figure out what was solid and true, and what was smoke and mirrors. I felt like I’d been on a boat all day, and now even when I was on solid ground, it felt as it heaved and swayed underneath me.  What was real and trustworthy? What wasn’t?

To be sure, I had fabulous friends and family who stuck close and gave support that I will treasure as priceless.  They kept my faith in humanity alive.  They helped me with gardening and lock changing and cleaning. My community helped in ways that were far beyond what I would have ever asked for.

To be sure, I had contact with folks who I witnessed hanging in there, fighting the good fight to repair and preserve relationships, to restore brokenness. In the midst of my own marriage crumbling, I worked with others on theirs.

I witnessed folks living out courage as they embraced their commitments and worked through difficult times.  Some clients I worked with will never know how they were also healing for me as they sought to restore trust, and to repair the breaches.

The raw aching wounds that a divorce creates took years to heal.  Years when I was preoccupied with caring for my JTMs…they were also hurting, and they were also just busy active children that needed driving, lesson practice, and help finding their mittens.  Thos was a time of slow healing, happening in the background, as the foreground was fully of survival from one day to the next.

Saying we were surviving undermines the simple reality that in many ways, our little family came to be very much thriving.  We had such richness…there were Fridays when we shared a super sized meal at McDonalds and it was such a treat.  There were Sundays where a wiener roast and America’s Funniest Videos in the family room had us feeling cozy and content.  We had good friends, played on good teams with coaches who cared deeply, and adjusted to our new life with a different sort of goodness.  Decisions made to survive–growing the counselling practice and increasing responsibilities at the University of Manitoba turned into thriving times of growth and challenge and opportunities I couldn’t have planned for or dreamt of.

And all the time, slow healing.  But the healing was never really tested…how could it be with two JTM’s growing and needing tending?

The wobbling, heaving world I had lived in began to steady itself.

And months ago, along came J…the future fellow Senior Tribe Member in my family.

J did not come into my life as a suitor. Good thing, because that would have triggered internal alarms to question his trustworthiness before he said a word.

Not at all as a suitor.

J. came along innocently, as a fellow traveller that was also hurting from recent lost love.  He had buried his sweet one and now found himself needing to support his JTM’s through that loss. Mama’s are often the ones to care for a JTM’s heart after a loss. When the loss is the mama herself, what is a papa to do?  That’s hard. Especially with his own heart in pieces, and he sees the world as a sea of washed out greys.

J’s sweet one was a distant friend of mine and so when he called, I agreed to meet him over lunch.  I knew something about helping hurting JTM’s after a big loss, and so we shared stories and brainstormed wisdom. Conversation gets pretty real, pretty fast when talking about cancer, devastation, loss, parenting and love. And thus we became fast friends–without pretense or performing.

I loved how he deeply loved his Love. I came to appreciate and admire his commitment to her–to them–during years of pain and suffering and uncertainty and fear. I remembered how he had coached my JTM in basketball when he was in Grade 1. I had heard from friends how he was caring and compassionate in the long haul of cancer treatment.  I experienced his reliability and solidness now as he told me of his days, conversations with his JTMs and friends. I experienced how he related to me in our friendship with the kindest of ways. And I came to know him as a man that could be trusted. As a man who knew how to be married in the toughest of times, who knew who to follow through on commitments even when life challenges those commitments at unimaginable levels.

I trusted him before I loved him.

Me –who believed in the value of trust, and has built a career on facilitating trust in relationships of others–but who, at a cellular level would find trust deeply terrifying–felt the slow warmth of trust building in a man who I enjoyed a beautiful friendship.

One day it became more than a friendship…it became a love that was real and alive and built on a bedrock of a trusting friendship. 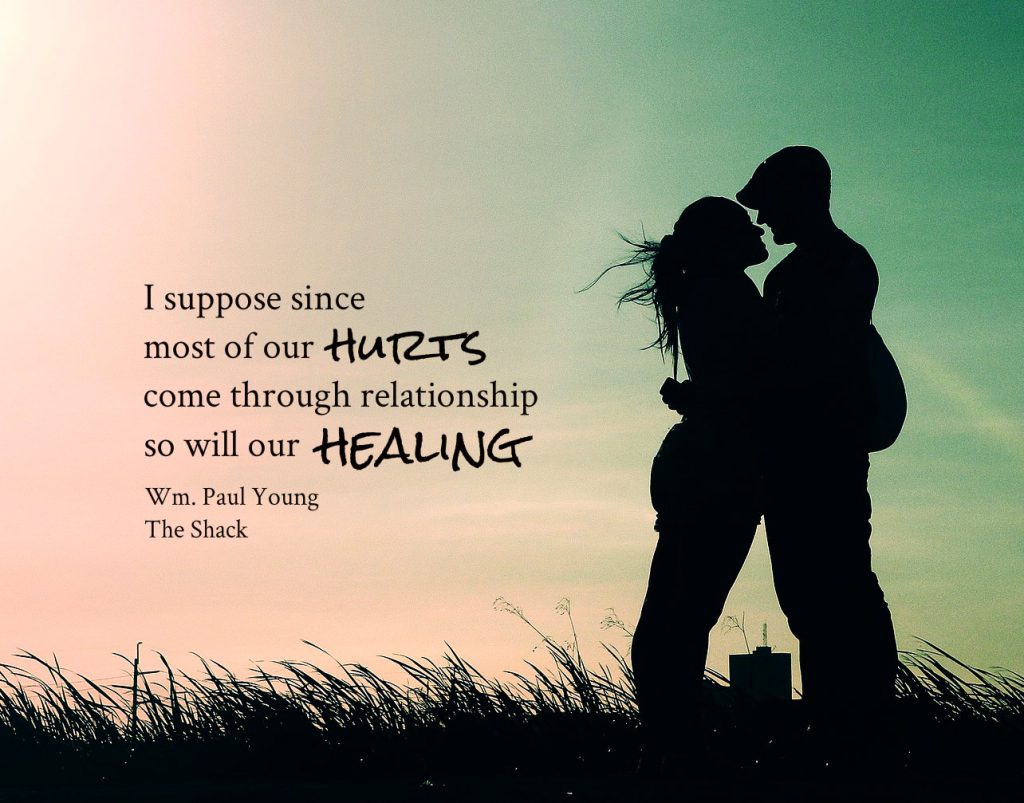 J counts it as an important mission in our relationship to have me feel solid in the relationship…for me to know he’s trustworthy, to answer questions or hesitations, to reassure me that he’s committed.

The ground beneath my heart is solid and trustworthy at levels I never would have thought possible. J has invited me to leap into the unknowns of a relationship with 5 JTMs, a combined household–but with the foundation of trust and love.

And with a solid foundation under my feet, this sounds like a wonderful adventure.

But that’s a whole other story…and it will be told.