I think this is beautiful:

I realized for years I’d thought of love as something that would complete me, make all my troubles go away. I worshipped at the alter of romantic completion. And it had cost me, plenty of times. And it had cost most of the girls I’d dated, too, because I wanted them to be something they couldn’t be. It’s too much pressure to put on a person. I think that’s why so many couples fight, because they want their partners to validate them and affirm them, and if they don’t get that, they feel as though they’re going to die. And so they lash out. But it’s a terrible thing to wake up and realize the person you just finished crucifying didn’t turn out to be Jesus.

I was interviewing my friend Susan Isaacs after her book Angry Conversations with God came out. We were in front of a live audience, and I was reading questions to her off of index cards submitted by the audience…one of the questions was whether she believed there was one true love for every person.

Susan essentially said no. And she said that with her husband sitting right there in the audience. She said she and her husband believed they were a cherished prize for each other, and they would probably drive any other people mad. But then she said something I thought was wise. She said she had married a guy, and he was just a guy. He wasn’t going to make all her problems go away, because he was just a guy. And that freed her to really love him as a guy, not as an ultimate problem solver. And because her husband believed she was just a girl, he was free to really love her too. Neither needed the other to make everything okay. They were simply content to have good company through life’s conflicts. I thought that was beautiful…

When you stop expecting people to be perfect, you can like them for who they are.

Rather than diminishing the other to think of them as “just” a guy/girl…it elevates him/her to be fully who they are created to be…rather than squished into this box of being expected to look and act like you expect. 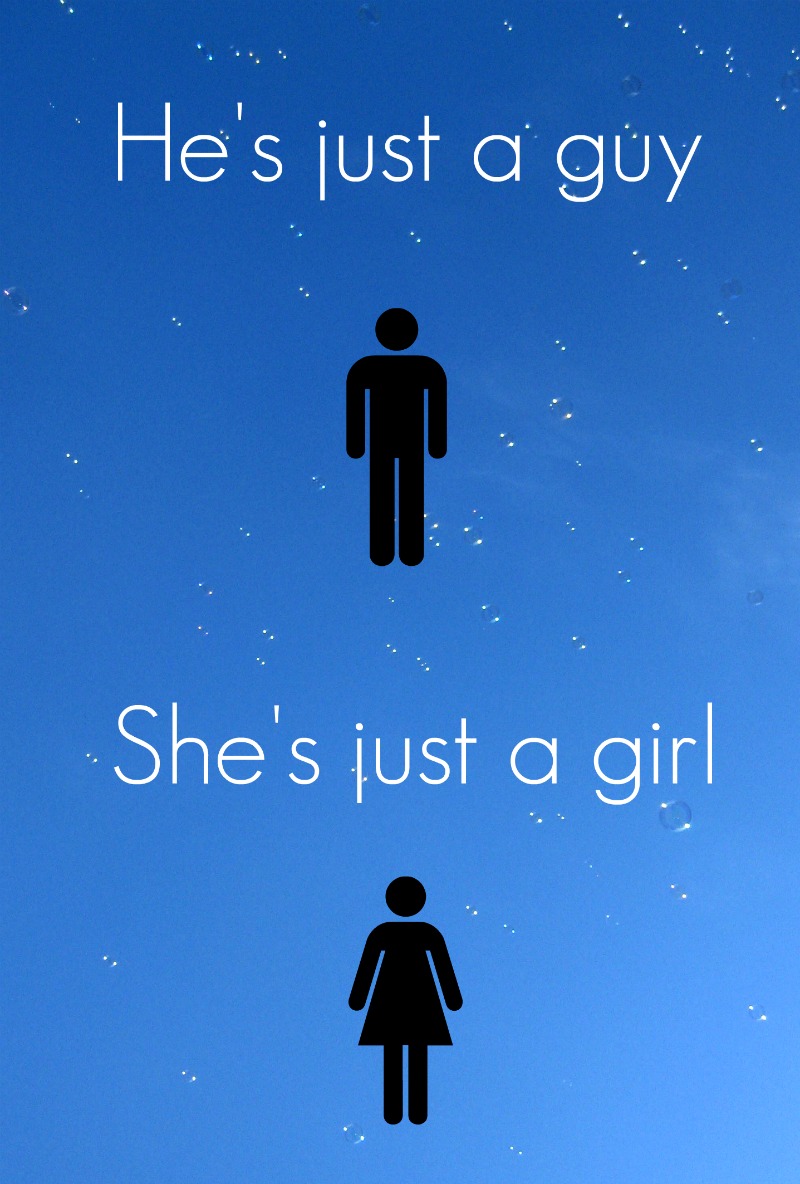