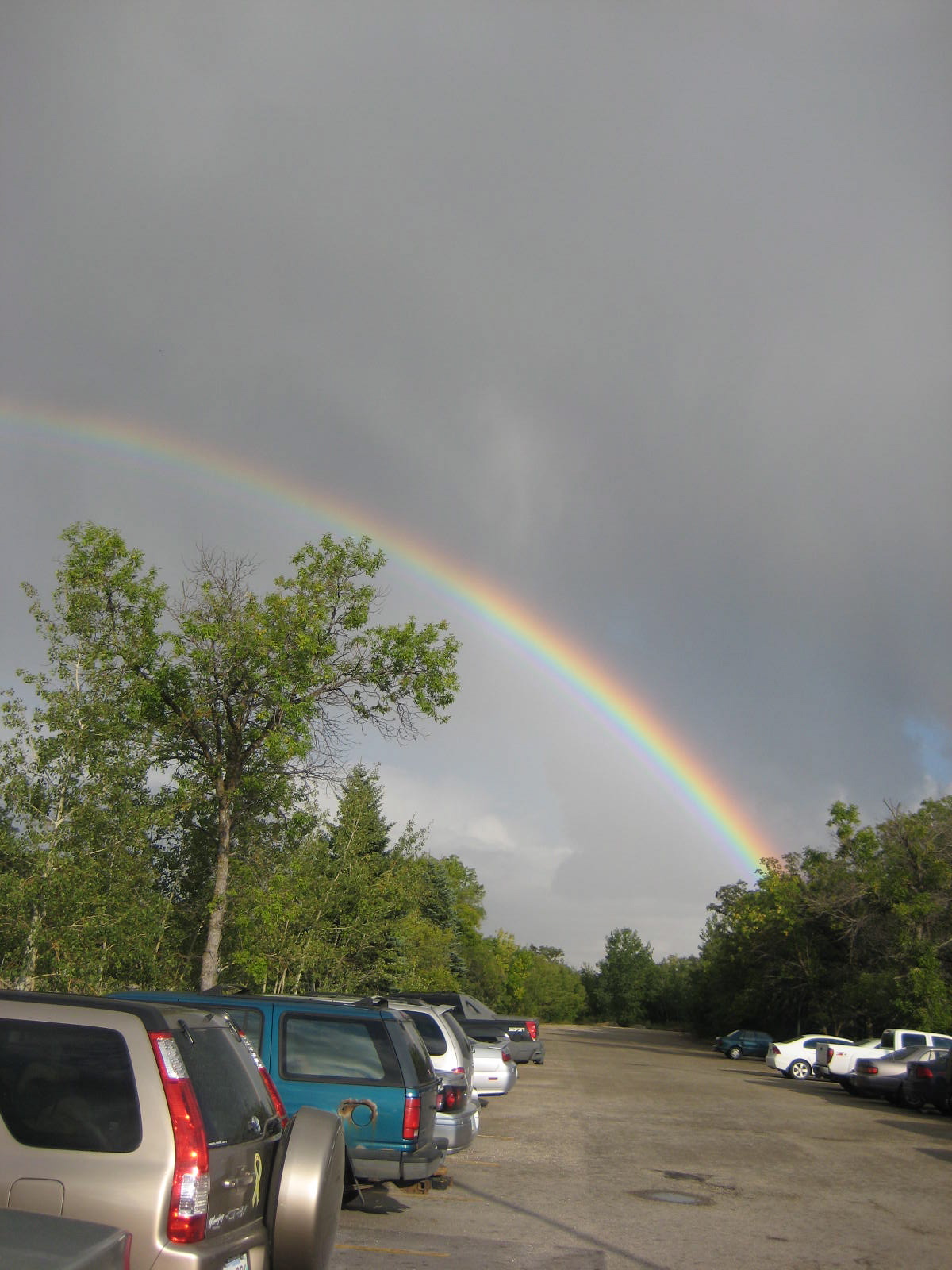 I snapped this photo late last summer–I’m a complete pushover for a rainbow…the camera (at least when I hold it) doesn’t begin to capture the beauty or the enormity of a rainbow. People stopped in awe to stare at the magnificence of this rainbow. Total strangers gathered and stood together in wonder looking at it–it couldn’t help but have people comment to each other about how exquisite this rainbow was.

I think what made the rainbow especially remarkable was that it came after a wicked and furious storm. Rainbows often do, I suppose, but that never seems to stop us from catching ourselves in surprise as we gaze at the beauty of the rainbow.

I love rainbows, always have. For me (and for many) they are such a sign of hope…a sign that life goes on, that life is beautiful, that there is an “after” to the storm–something that seems so hard to grasp hold of when the storms blow, the thunder crashes, and the lightening bolts across the sky. In the middle of the storm, life seems precarious, unpredictable, and well, just plain scary.

I was talking to somebody via email that had a “rainbow experience” in her life...just booking the appointment for counselling had brought optimism and a sense of hope that somebody was going to help her. Often, people leave a first session feeling relief…sharing the dark time with somebody sheds fresh light, and often hope.

I remember standing in the grocery store one day. I needed the chocolate hazelnut spread that was on the top shelf–only one left–and it was there–waiting for me, out of reach.

I was very tired.

It was the very end of a very long and hard day, and there was special significance to the purchase–leaving it there was not an option given the role it had in a very special recipe for a very special purpose.

Seeing the jar there, but well beyond my reach, seemed like one thing too much that day.

I groaned inwardly–late in the evening, not a store employee in sight, and I’m vertically challenged–the jar had been pushed well back from the edge. In despair, I explained my predicament to my little shopping partner, a Junior Tribe Member. At that moment, talking about the situation seemed the only alternative to a meltdown (me, not the JTM) and I figured I should at least look like I was holding it together!

The JTM looked up at me and asked me to pick him up…and I did. Straining to lift him high wasn’t easy, but still possible. His reach, with my help, substantially exceeded my own, alone.

He grabbed the jar and I now I could purchase the Nutella. Don’t think the JTM understood why I was teary–children often are confused by tears of relief and joy.

Silly, isn’t it? The answer was right there–found in the sharing and cooperating. But I couldn’t see it on my own.

I’ve found that’s where the hope often lies in the storms of life. Sharing the “tough stuff” with someone who can see strategies from their perspective that one can’t see in the mire of the storm.

Strange that many in our culture would feel that to cooperate with another is to be a sort of moral failure, a character weakness when it couldn’t be solved without help. 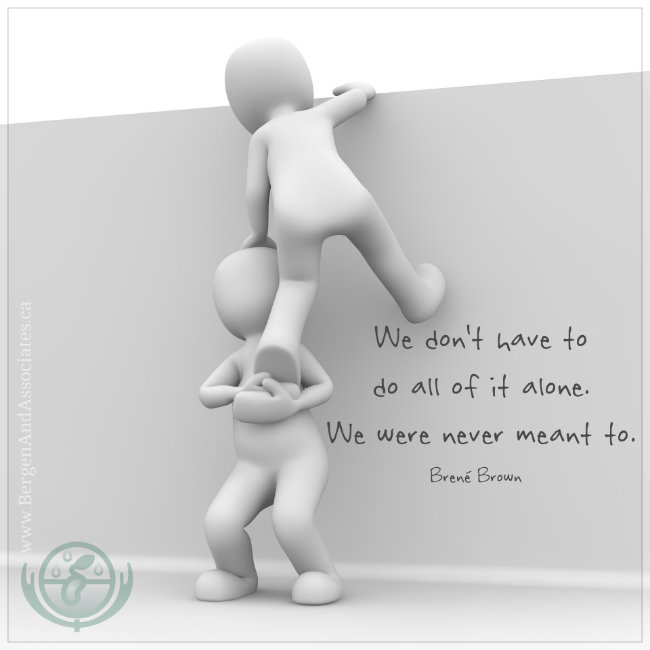 We have two eyes that see the same thing but from a different perspective–the two different views that our eyes see is critical to depth perception, an essential component to good vision. As people we work better solving things in community–sometimes friends/spouses/teachers/rabbis/priests can come alongside and provide the right support. Bring someone in to share the load, provide some freshness and clarity, and help you see the issues in ways you might have missed.

Sometimes it takes a therapist to do that.

Maybe it’s too hard or too messy or doesn’t suit the situation to bring it to someone you know. Choose a therapist carefully, and go for it.

A counsellor can provide the distance and perspective to help sort through the despair in a situation, and find some of the barriers that interfere with a solution that works. Sometimes the possibilities are become bright and clear. Other times, a person is able to find a “least worst” strategy that works towards reducing the current level of pain.

A counsellor does not have to be a last resort…something you try when you’ve done absolutely everything else you could.

Engaging in counselling could bring the rainbow after the storm.

And who doesn’t love a rainbow?